No guided tours are offered due to staff shortages. Open only for living history programs dependent on staffing.

An example of French Creole colonial architecture, the Lavalle House was built in 1805 during Florida’s second Spanish period by Carlos Lavalle and Marianna Bonifay. The house, furnished with authentic 18th and 19th century artifacts, recreates the early 19th century frontier lifestyle in Pensacola. 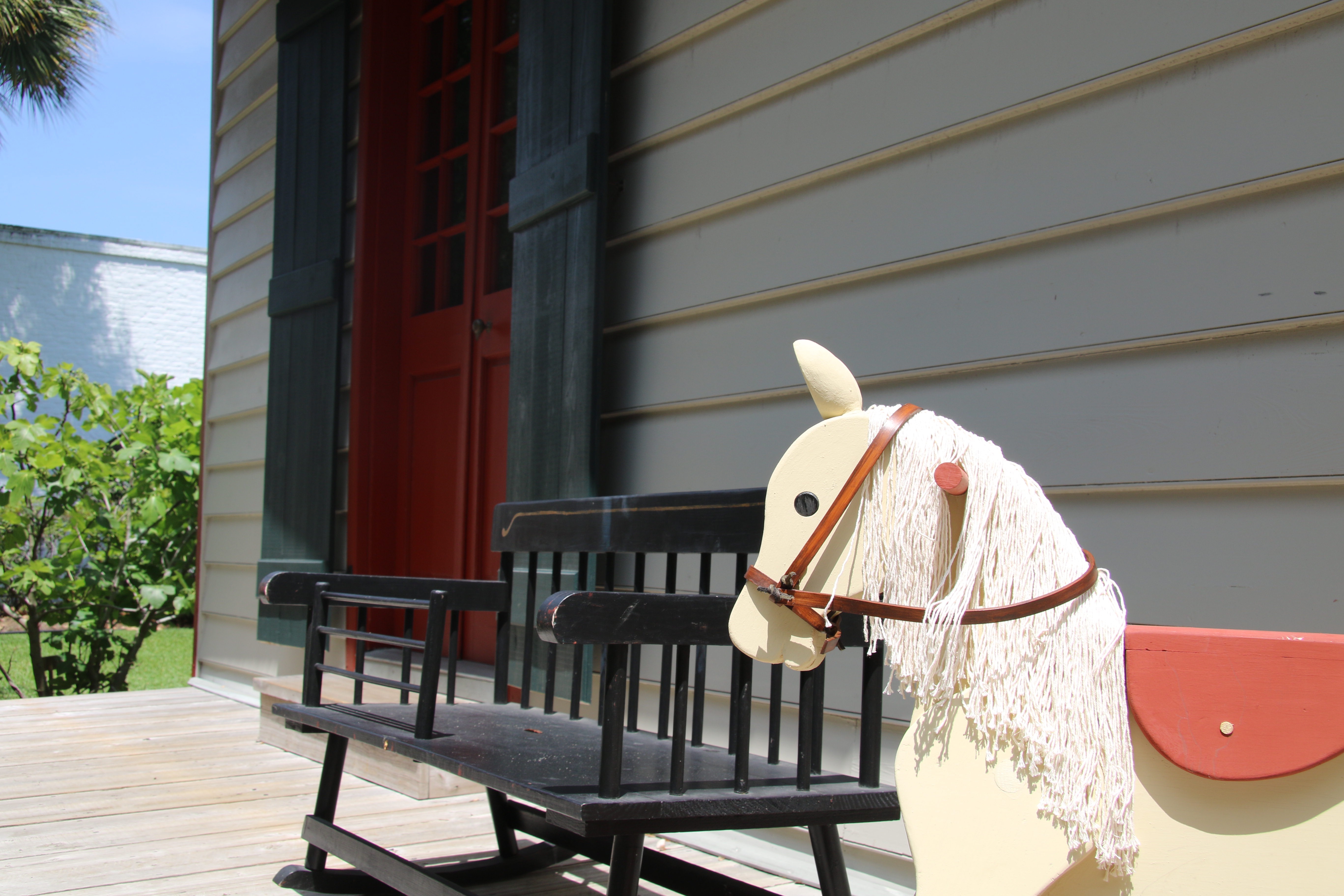 Charles Lavalle built this house, circa 1805. Lavalle built the house as a two-unit rental dwelling, or duplex, but he probably never lived there.  Some time after he sold the house in 1815, it was converted into a single family home.

In 1968, the Historic Pensacola Preservation Board (HPPB) purchased the Lavalle House and relocated the building to its present site at 201 East Church Street from the original lot at 111 West Government Street. HPPB began restoration on the house the following year.  The current interior restoration proceeded in 1985, by setting up a two-room living unit, as it might have appeared when a tenant first occupied the house. Though a separate kitchen building once existed adjacent to the house, the Board did not have this building reconstructed.  Therefore, the south or “back” room exhibit became a combination kitchen/dining-living room. The north or “front” room was restored as a bedroom-living room.